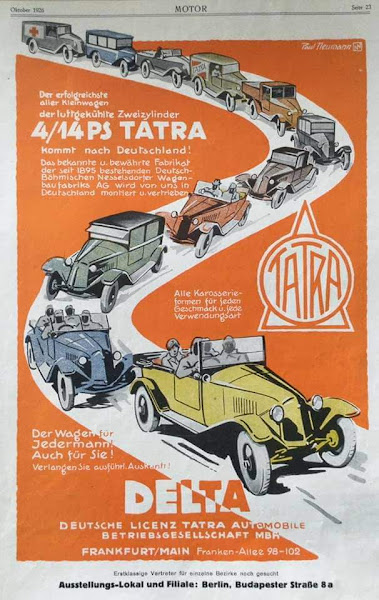 The dissolution of the Austro-Hungarian Empire in 1918-20 left the Czech-German Nesseldorfer automobile company in the newly founded state of Czechoslovakia. In response to these political changes, the town of Nesseldorf was renamed Koprivince and Nesseldorfer became Tatra. In 1921, former Nesseldorfer chief engineer, Hans Ledwinka, returned to Tatra after a stint with the Austrian Steyr company. Ledwinka bought with him the concept of a robust budget car, which went on sale as the Tatra T11 in 1924.

The Tatra T11 was a critical and commercial success for Tatra, but due to the post-war restrictions imposed on Germany and Austria prevented the Czech company from exporting to those markets directly. To bypass these restrictions, in 1925 Tatra established a German subsidiary company in Frankfurt on Main. The company was named Deutsche Licenz Tatra Automobile, which was contracted to DELTA in typical German fashion. Similarly, an Austrian subsidiary was created called Austro-Tatra.

DELTA (from 1928 DETRA) manufactured the T11 and later T12 from knock down kits with German equipment and fittings. One distinguishing feature of DELTA cars is the placement of the headlamps, which are set higher than on Czech Tatras. 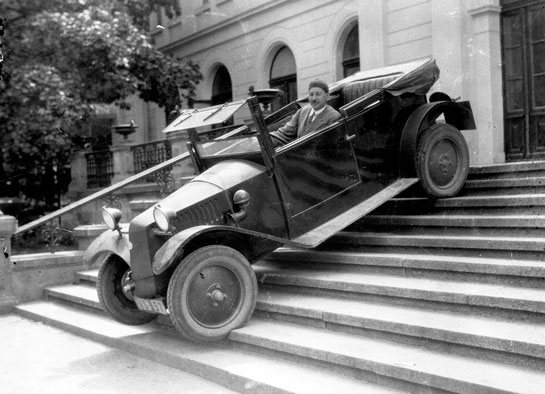 Austrian born engineer and editor of the Motor Kritik trade magazine, Josef Ganz, purchased a second hand DELTA T11 and did much to popularize Tatra as an advanced automobile manufacturer. He would borrow many of 'his' design ideas for the Maikafer and Standard Superior, such the tube chassis and independent suspension, from his DELTA. 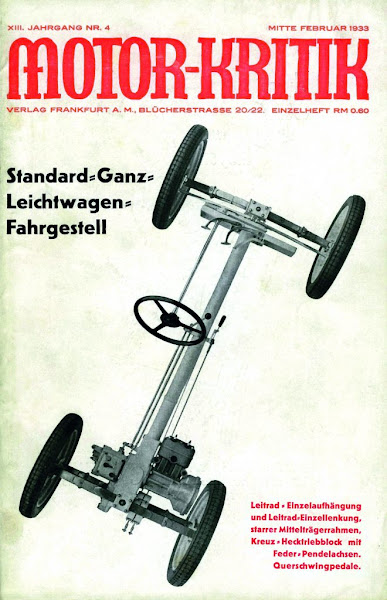 With the exception of the rear placement of the engine, the chassis and running gear of the Ganz-Standard, could have come straight off the Tatra T11. 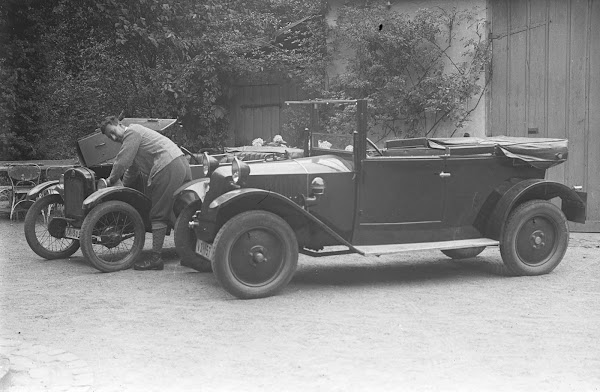 Ganz servicing his Dixi (a German built Austin Seven) beside his DELTA 11. 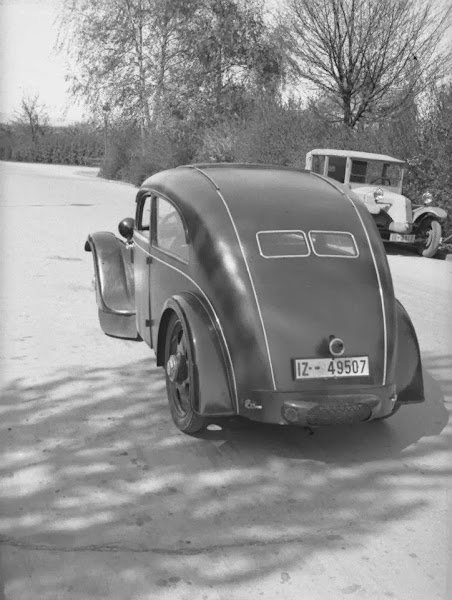 This photo, taken outside Ganz' office in Frankfurt on Main, shows the streamlined shape of the Framo Rebel, a car that sadly never made it into production. Behind the Framo is a DELTA limousine.

DETRA (from 1928) continued manufacturing Tatras under license until 1933. One of the first acts of the National Socialists when they came to power was to repudiate the international restrictions regime.  The collapse of import/export restrictions allowed Tatra to dispense with DETRA as a separate entity and began to export Tatra cars to Germany directly.

Paul Markham
I am a project manager in sunny Perth, Western Australia with an unhealthy interest in vintage motor scooters, travel and ancient history.