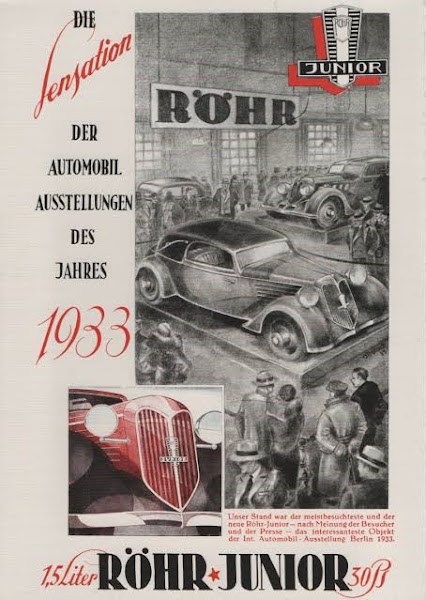 In the mid 1920s Tatra established a subsidiary to manufacture Tatra 11s in Germany, called the Deutsche Licenz Tatra Automobile, or DELTA for short. DELTA was a small volume manufacturer, assembling knock-down kits of Tatra cars and some commercial vehicles. DELTA however would not have an exclusive monopoly on Tatras as by the 1930s at least two other companies began manufacturing Tatra cars in Germany under license. The first of these was Rohr.

Rohr Auto AG was founded in 1926 in the city of Ober-Ramstadt. The company's principal was Hans Gustav Rohr. Has had little interest in pursuing the family business in lead smelting but was fascinated with the new technology of heavier than air flight. In 1912, at the age of 17, he built and flew his own aeroplane. When the Great War started he enlisted as a fighter pilot, but after completing his formal training, his engineering skills were recognised and he served out the war working on aircraft projects.

With Germany banned from building aircraft by the Treaty of Versailles, Rohr turned his focus to automobiles. Between 1919 and 1924 he developed several prototypes which made use of his experience with aircraft design, but no established manufacturers were interested in his advanced designs. This lead him to found his own company, in partnership with investor, Hugo Greffenius. In October 1926 they took over the insolvent Falcon Automobilewerke in Ober-Ramstadt and began developing a new car to Rohr's designs.

Rohr's first car, the Rohr 8, was formally unveiled at the Berlin Motor Show in 1928. The car featured lightweight construction, low-slung box frame chassis of sheet steel, rack-and-pinion steering and independent front and rear suspension, which was pioneering for the time. Motor-Kritik's acerbic editor-in-chief, Josef Ganz, was lavish in his praise of the exceptionally good driving characteristics of the Röhr 8, unmatched by other contemporary vehicles. Rohr quickly gained a well deserved reputation as the manufacturer of high-quality, technically advanced automobiles, but production was slow and when the Great Depression hit in 1930, the company fell into bankruptcy.

After a short interval, a new company, Neue Rohr AG, was formed to take over Rohr Auto AG. Hans Rohr and his technical team however, were no longer involved in the company, moving to Adler. Production of the Rohr 8 recommenced, but given the straitened economic environment, the company needed a smaller, cheaper car if it were to survive. 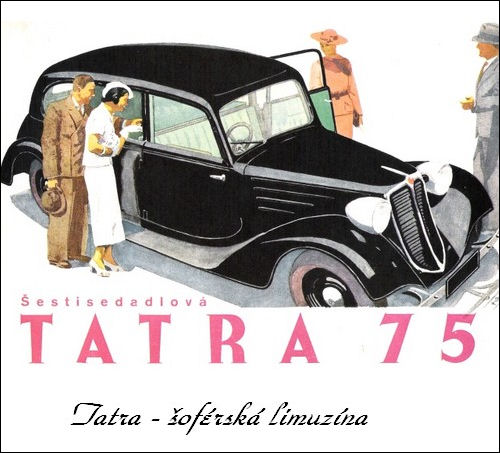 Over in Koprivince, Czechoslovakia, work was progressing at Tatra on a replacement for the T54. The T54 had been the natural progression of the revolutionary T11 and 12, but with a larger four cylinder air cooled engine. The successor was the Tatra Type 75, powered by a four cylinder air cooled engine of 1688cc capacity but wrapped in a modern styled body. The car was unveiled in 1933 at the Prague Auto Saloon. Over its 15 year production run (1933-1947) a little over 4,500 T75s were built. 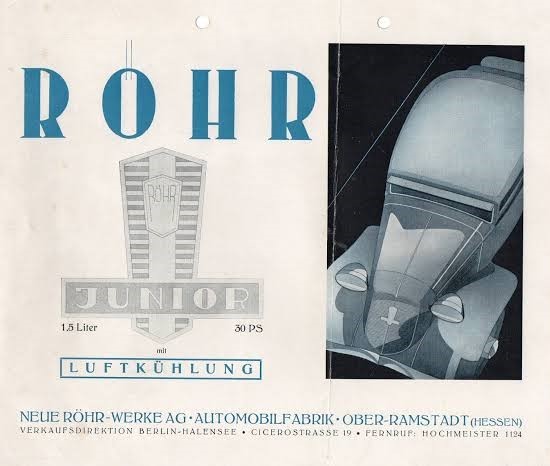 Back in Germany, Rohr were attempting to develop a budget car offering suitable to the market, but progress was hampered by the loss of Hans Rohr and the engineering team. To speed the process, the company's new management decided to consider licensed production of an existing car, but what to choose? Certainly not any of the German manufacturers, who doggedly persisted with out-of-date designs. Tatra however, shared Rohr's vision for advanced design so the two companies entered into negotiations. A deal was done for Rohr to produce the Tatra T75 under license. 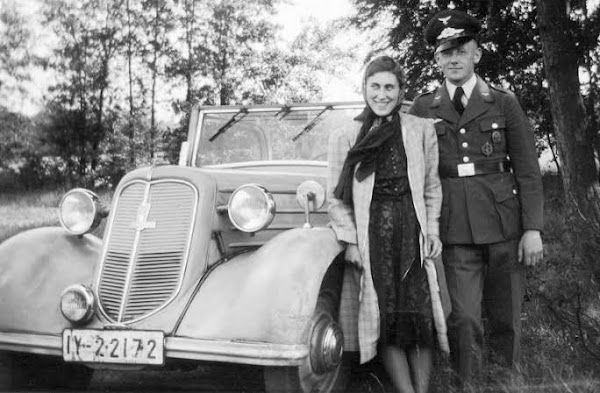 Unveiled at the 1933 Berlin International Motor Show, the Rohr Junior was not obviously a copy of the Tatra T75. The Junior had a Rohr designed and built body, being more square and ungainly than its template. Under the Rohr skin however, was Tatra's signature tube chassis, independent four wheel suspension and air-cooled engine, built under license. The car recieved positive reviews from the Motor-Kritik. 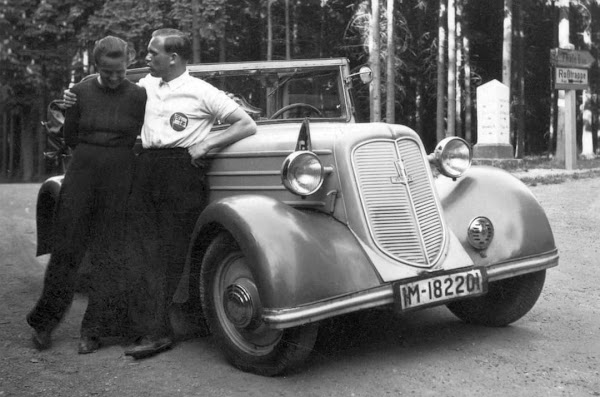 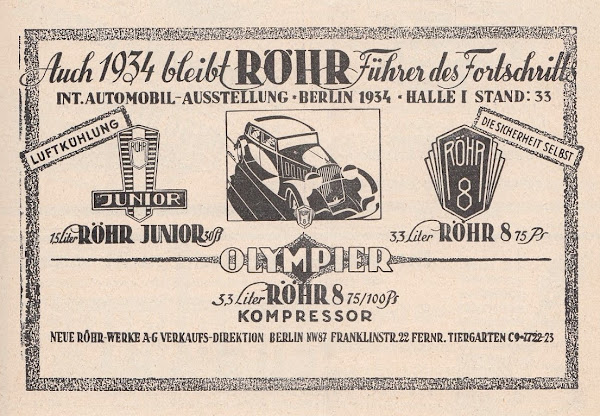 "The new Rohrwerkes, whose negotiations over the joint venture with NAG have apparently been delayed, still appeared at the automobile exhibition as a purely independent company. You can't deny the factory management an enterprising spirit. In addition to improvements to the 1.5 litre Rohr Junior, whose air-cooled engine is said to have become quieter, more flexible and more economical, the plant will also be showing a new high-performance car that is said to have a top speed of around 140 km. The 3.3 litre eight-cylinder car, designed by the Porsche design office and already well-known from the large test car equipped with a compressor for this purpose. In order to meet the cars intended purpose - high-speed motorway traffic - the car’s chassis and frontal aspect has been set as low as possible. The low slung, hollow box frame has now been given cross beams, which are welded very closely to the long girders, so that the greatest possible torsional rigidity of the frame is achieved. A brand-new feature of this type is the transition to the Porsche axle with torsion bar suspension, which allows the spring action and damping to be precisely balanced."

The Motor-Kritik article touched on an important point - the negotiations with NAG for a joint venture. In 1933, Rohr had been struggling financially, a situation not helped by the coming of the National Socialists. Restrictions on Jewish finance led Rohr's Swiss backers to withdraw their backing, leaving the company virtually insolvent. Negotiations commenced with NAG for a merger, but before they could be conclused, Rohr went bankrupt in March 1935. At best, only a few hundred Rohr Junior's were built. NAG would take over production of the Rohr Junior for a short time before selling the production license to Stoewer. 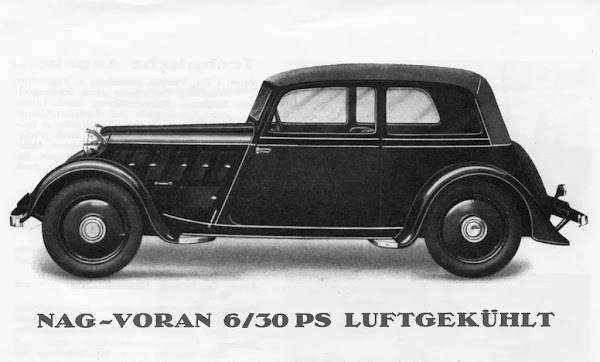 For more about the history of this rare marque: http://roehrauto.de/index.php

Paul Markham
I am a project manager in sunny Perth, Western Australia with an unhealthy interest in vintage motor scooters, travel and ancient history.